Excavation & Grading in Westchester County and Beyond 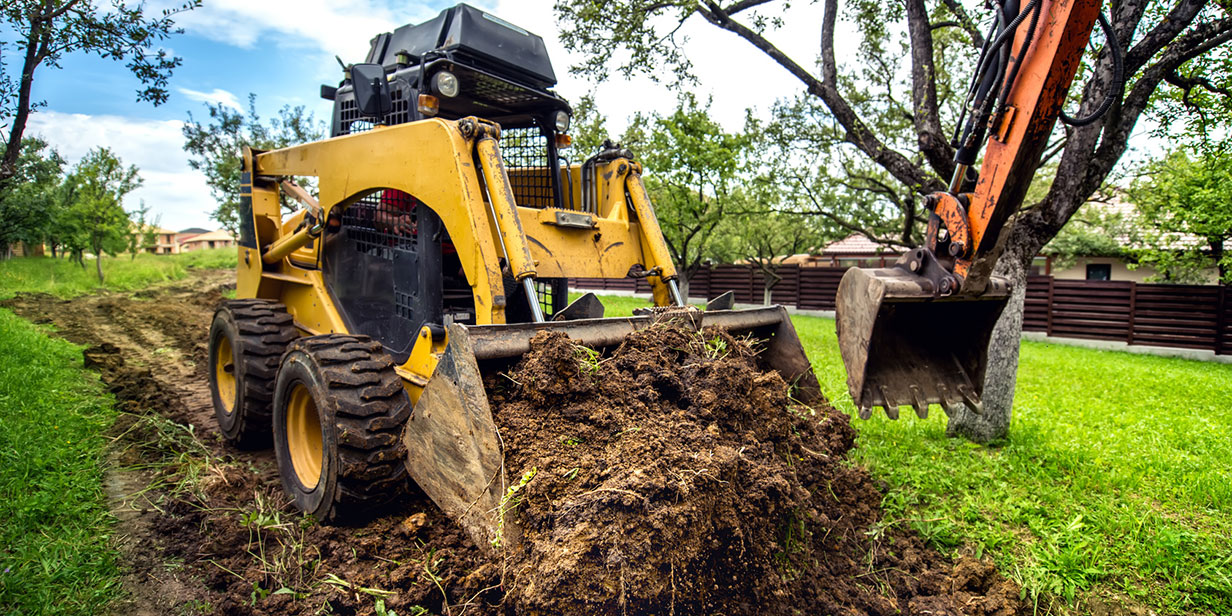 With well over 40 years of general contracting and excavation experience, Ferraro & Son, Inc. handles all types of projects, including both residential excavation and commercial excavation. As we like to say, no job is too big or too small to be done correctly.

As excavation contractors, we often perform grading, trenching, digging, dredging or site development work. Completing a job properly, requires experience to know which type of equipment is best suited for the specific task at hand.

Backhoes are typically used for smaller site excavation work because of their versatile nature. Backhoes have a boom with a digging scoop at one end and a loader shovel attachment on the other end. Dump trucks are used to carry away the excavated material to be graded later.

While the hole for the foundation is often dug with a backhoe, grading is traditionally done with a front end loader. This piece of equipment has a loader that is larger than the attachment on a backhoe, making it able to grade large areas. Front end loaders are also known as bucket loaders, scoop loaders, or shovels.

Ferraro & Son, Inc. utilizes both compact mini-excavators and larger excavators which are ideally suited for this work. That is because this type of equipment can enter areas that traditionally have been done by hand. There is minimal disruption of the surrounding site requiring unnecessary repair at the end of the job. Underground, horizontal boring is often an option when replacing water lines, sewer lines or electrical conduit, saving landscaping, concrete driveways, road and sidewalks, which typically in excavation work, would have been destroyed. Ferraro & Son, Inc. is proud of its meticulous and well-thought out approach to leaving the work site with the least amount of disturbance.

As a local, family-owned and operated business in Westchester County, we are committed to serving our community with exceptional service and integrity.

Get a FREE Estimate today!
Top